My blog page is a place where I'm serving the Lord through encouraging others.

Bullhead City, Arizona, United States
I am a 50 yr young disabled woman with many chronic painful physical afflictions & a illness. I am married to a wonderful man with 2 adult children. I grew up in & out of church. One of my Uncles is a recently retired Pastor . I have been saved since 1996. I love serving the Lord & fellow-shipping with my church family,family/friends! I started this blog because I was inspired and encouraged by a couple of friends blogs and felt the Lord prompting me to start a blog page after our Women's Retreat in August 2009 to use the gift of encouragement he has given me to journal what he is doing in my life and to pass on to others articles that encourage me and help me in my walk with the Lord. My prayer is that you will feel the love of Jesus and that you will be inspired and encouraged by my post. I'm just a servant Girl and a Broken Vessel called to be a Heiress of Light for the Lord. The things I post will be from my heart and things that speak to my heart. Sometimes I will just journal about Life,Family etc. My prayer is that my blog will be a source of encouragement to all my friends, family members and followers. http://heiressoflight.blogspot.com/

WHY WE NEED TO FORGIVE 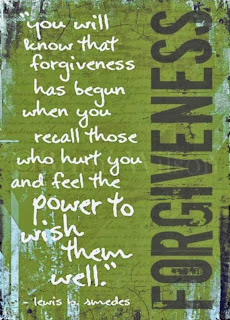 WHY WE NEED TO FORGIVE
Recognize that forgiveness is an act of your will not your emotions. If you wait until you feel like forgiving, you will live with bitterness in your heart and that bitterness will destroy you.
Recognize that forgiveness heals you! Forgiveness is not necessarily for the person who hurt you-it sets you free. You're not submitting to their brutality, condoning their injustice toward you, or white washing the words or deeds of your offender. You are forgiving to bring cleansing to you! Forgive your enemies; it's the only way to liberate your mind and emotions from the toxic poison of that painful memory.
Life Application Bible
Posted by Heiress of The Light at 2:23 AM No comments:

One of my mentors Pastor Chuck Smith has entered Heavens Gates 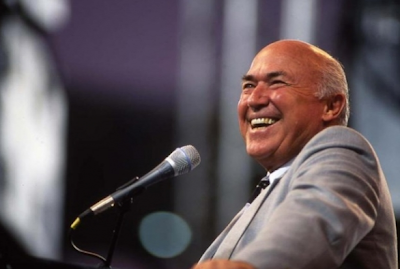 I received this e-mail this last week about a Pastor I never had the pleasure of meeting in person but I loved listening to his sermons, teachings, reading his devotionals quotes & my Pastors used his materials to disciple me &  many others in our CCBHC Family. I can't wait to meet him in Heaven someday. Pastor Chuck Smith had been battling cancer for some time now & it is a bittersweet time we grieve the loss of this awesome Pastor/Man with his family &  Friends & rejoice at the same time that he is healed & with our Heavenly Father in his eternal home. He will be deeply missed by so many people whose lives he impacted, he truly touched  the lives of all those who knew him personally & those who followed his teachings.

The email I received this week:

Dear Calvary Family,
As the world woke up on October 3rd 2013, we were hit with the news that Pastor Chuck Smith, a man who has been literally bigger than life to us all, has entered into the Lord Jesus’ presence and awoke in His likeness.
The news is all over Facebook, the internet, and certainly thousands of tweets and blogs as well as other forms of communication.  Magazines and news agencies are already posting it, but many are probably misstating the facts.  It is as Brian Brodersen just reminded us all on KWVE, “Chuck Smith has not died; Chuck Smith has just moved.”
While the news is not shocking (as Pastor Chuck has been fighting cancer for some time), it is none the less news that brings sorrow.  As the Apostle Paul wrote, “We grieve, but not as they that have no hope.”  Actually, sometimes we as Christians even grieve more than others, for we know love and relationship and commitment better than others, and that opens us up to grief when such a loved one is taken.  But our grief is different because it is not a hopeless grief.  We all know that soon we will awake in His Presence, we will be conformed to His likeness, and we will know as we are known.  Soon all our tears will be wiped away and eternal, heavenly joy will fill all our hearts.
So, please be in prayer for Chuck’s wife,children as well as their spouses and the children and great grandchildren. Chuck was a father figure to so many of us. His love and gentle authority will be sorely missed, not to mention his love for God's Word, openness to the Spirit, and faithfulness in the ministry.
At this point, services are being planned and when we have more clarity, we will pass that on to you as well.  Hopefully, the public service will be on the internet for all to share in later in the month.
There will be more to pass on as plans are made, but for now, may the Lord Jesus, whom Pastor Chuck so wonderfully ministered to us, bless and keep your hearts and minds in His love.

THE CROWN I WEAR

The Crown that I wear does not tarnish;
It's not made of worldly ores. I don't need to polish and store it in a vault or behind metal doors. The Crown is a gift from my Father whose Son died so that I could be free. What a honor it is just to wear it, For His last thoughts on Earth were of me. The Crown has speacial meaning; It's not about worldly success. It stands for the Love of My Lord and Saviour,Which I wear every day like a Princess.

Heiress Of The Light